Sexuality of Senior Citizens: Homo- and Bisexuals Are Struggling to Fit in

Some older homo- and bisexuals have difficulties fitting into communities for senior citizens, a new report on the sexual identity of senior citizens concludes. The report is based on research conducted at the Center for Healthy Aging. 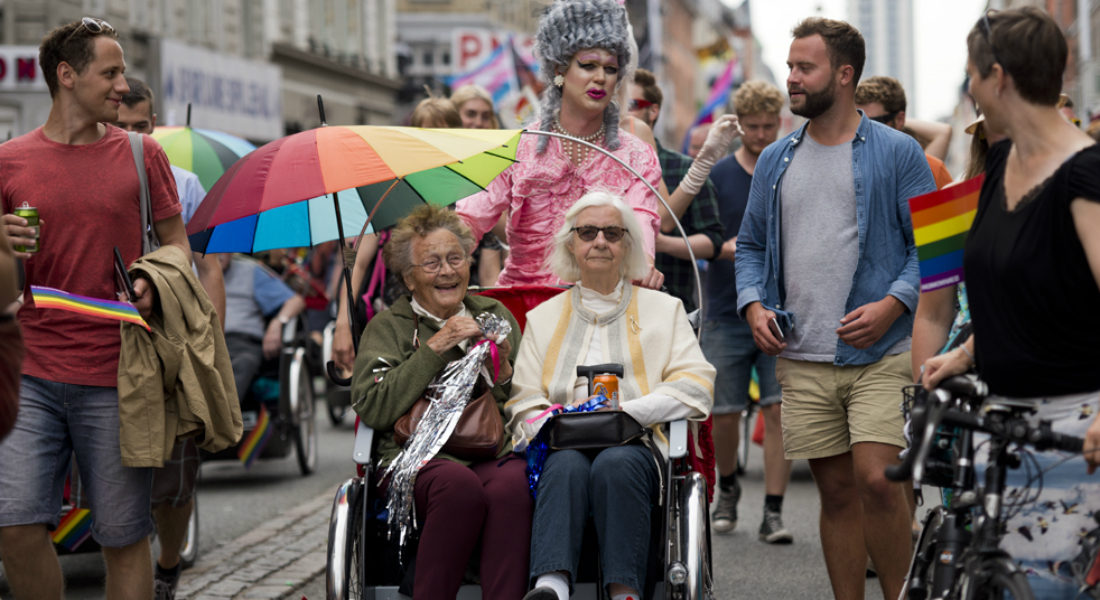 A new report on research conducted at the Center for Healthy Aging shows that homo- and bisexual seniors have a different basis for participating in communities than heterosexuals. The report is based on 32 interviews with either homo- or bisexual seniors, of which a large share say that they do not feel that they fit into communities such as activities for senior citizens and initiatives to prevent loneliness. The researcher behind the project is Anthropologist Simon Meggers Matthiesen.

‘During my fieldwork I have met homo- and bisexual seniors who believe these communities mainly attract heterosexuals. A lot of them do not feel motivated to use the offers – or, if they do, they do not feel that they fit in. For example, some do not feel comfortable in existing offers for senior citizens, because they do not have the same frame of references as others. Their life has been different than the norm, and they cannot contribute to conversations on spouses, children and grandchildren’, he says.

Feel Amputated
Not all the interviewees consider their sexuality an obstacle to participating in communities, but anxiety is nevertheless a recurring motif in Simon Meggers Matthiesen’s study. Even though far more people accept homo- and bisexuals today than previously, some still worry that they will be rejected or discriminated against. For example, several participants hesitate to open up to others for fear of prejudices. Others feel subjected to indirect discrimination, especially in the form of silence, when they talk about a life that is different from the norm. This can give them a feeling of being left out.

’When people meet, they use personal elements from their lives to connect. We tell others about ourselves to get closer to them. But if honesty about sexuality and life stories comes with a fear of negative reactions, naturally, it will affect people’s wish to share with others’, says Simon Meggers Matthiesen.

Fear causes some to feel like amputated versions of themselves, because they are unable to talk about large parts of their lives and personality. Silence can become a vicious circle making these seniors feel that their needs are overlooked, but also that they do not manage to communicate these needs. This makes them think about the future. The worst-case scenario is ending up at a care home among people who do not understand them and who may even have something against homo- and bisexuals.

Special Challenges and Resources
While some participants talk about the challenges that come with being a homo- or bisexual in communities for senior citizens, the group is also characterised by unique resources. During his three-month fieldwork Simon Meggers Matthiesen realised that some of the participants have a unique fighting spirit.

’Especially the youngest seniors are used to fighting for their place in society. They do not give up the ability to organise with age, and it is my impression that more and more demand being seen and heard’, he says.

While working on the project, he has seen a demand for more communities for senior LGBT persons and a wish to direct attention to the challenges facing this group in both healthcare systems and the nursing sector.

The report 'Seksuel identitet sent i livet - ældre homo- og biseksuelles sociale vilkår i Danmark'  is the result of interviews with 32 homo- or bisexual seniors between the age of 63 and 95. The study is not representative, but offers insight into some of the resources and challenges that are unique to LGBT persons. The research is rooted in the Center for Healthy Aging and funded by the EGV Foundation (Social inclusion of older adults).