Do younger and older bodies react differently to cycling 3,050 kilometres on 15 days? Researchers from the Center for Healthy Aging, the Department of Biomedical Sciences and Bispebjerg Hospital are looking to answer this question by studying seven older and eight younger fit cyclists, who have cycled from Copenhagen to Palermo. The cyclists have arrived at their destination, and the researchers are now doing the final tests. See photos from the project 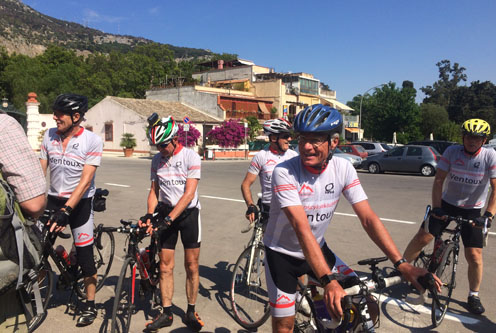 How do older and younger bodies, respectively, react to long-term physical strain? This is one of the main questions that researchers from the Center for Healthy Aging, the Department of Biomedical Sciences and Bispebjerg Hospital are looking to answer. They are studying two groups of men. The older group consists of seven male unprofessional cyclists – six of them aged 65-70 years with varying social backgrounds – while the younger group consists of eight also fit men aged 21-35 years.

The cyclists have spent 15 days cycling the 3,050 kilometres from Copenhagen to Palermo. Last week the involved researchers went to Palermo to do muscular and fatty tissue biopsies, measurements of the mitochondria function and sugar absorption, bicycle fitness tests, blood tests and body fat and muscle mass measurements.

"We are really pleased to be able to follow the cyclists. We hope the study will reveal how fit young and older cyclists react to great physical strain and how the performance can be optimised. The test will also help us determine whether long-distance endurance affects the bodies and organs differently", says Professor Jørn Wulff Helge from the Center for Healthy Aging and the Department of Biomedical Sciences, who have been to Palermo to collect samples from the cyclists.

The younger team of cyclists arrives. 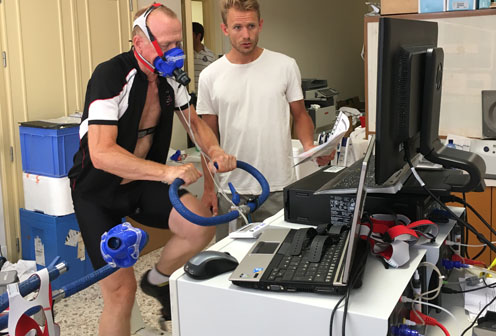 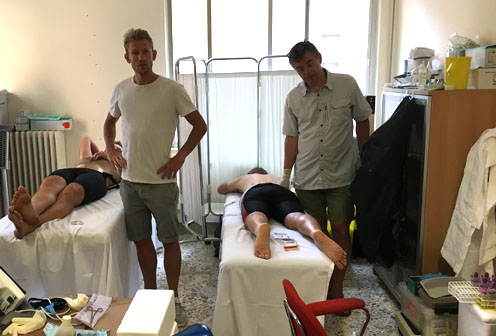 After the test, fatty tissue biopsies from the buttocks and stomach were conducted by Professor Flemming Dela and Student of Medicine Arthur Ingersen. Biopsies have just been performed on the first two young test subjects on the couches. 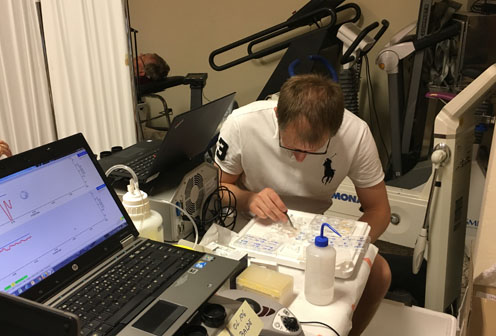 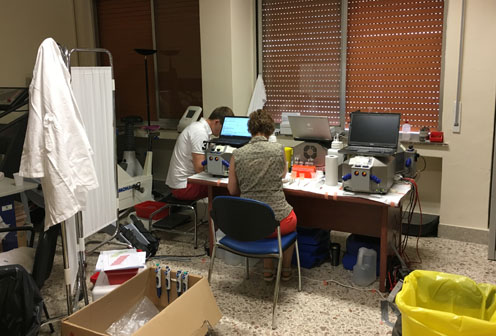 The temporary laboratory facilities in Palermo. Bachelor of Medical Laboratory Technology Regitze Kraunsøe and Associate Professor Steen Larsen are getting ready to measure the mitochondria function on Oxygraphs.